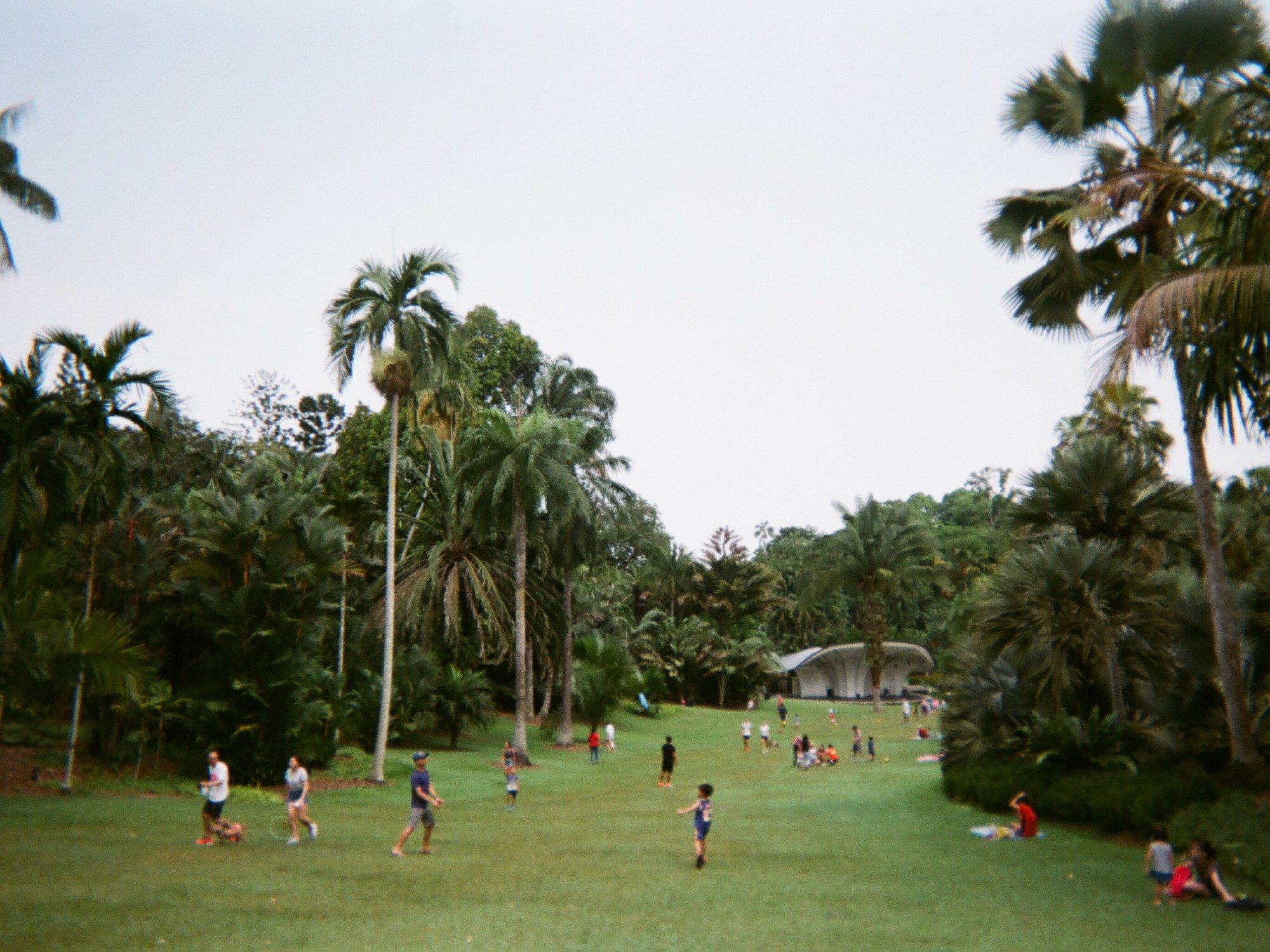 I got myself a Fujifilm Simple Ace Film Camera which I used during my trip in Singapore. I’m not particularly photography inclined, but I enjoy taking pictures and I like the visual look of film cameras. Yes, I know I can also get the same effect with Photoshop but it’s the whole experience, just taking pictures and not knowing how they turn out until you get them developed is part of the fun. And honestly, Fujifilm’s film camera is really cheap that it’s not a waste of money if you want to try it.

The only waste about my Singapore trip and this camera is that I keep on forgetting about it. My cellphone has a really good camera which I’m already happy and content about. There had been plenty of picture opportunities that I missed out on because I forgot to use my film camera.

Out of the 27 shots, I only wasted one. It was plain black and I can’t figure out where I took the picture. Probably in my bag because I keep on just putting it inside. Other than that, I’m pleasantly happy with how my shots turned out. Just sad that I wasn’t able to have any pictures of me with the camera. Travelling alone means asking random strangers to take your picture and I don’t want to hassle anyone so I forgot.

Just some of my comments regarding the camera:

(+) It’s very easy to use. Literally point and shoot, or turn on the flash and then capture. The camera has a fixed aperture and ISO and without going too technical on what these means, daylight or bright pictures will do fine, and dark areas with flash will still take decent photos, depending on your subject. Indoor photography in a decently lit room will not require you to use your flash, although it’s not going to appear as bright as you probably intend it to be (see photo #6). The fixed settings also mean that it can be tricky to perfect action shots or bokeh/burred backgrounds.

(+) It’s a really light camera and it’s small enough that it doesn’t take up a lot of space. I wasn’t very careful with handling this camera and I just keep shoving it inside my bag but it didn’t break.

(+) It’s a cheap camera. I got mine in Japan through a friend and it’s about $10 apiece. I’ve seen these being sold in Shopee or independent sellers and it’s priced between PHP 700-850 ($14-$15). These can be bought in Don Don Donki in Japan. It works without a battery. I just have to peel off the plastic package and start using it.

(-) Instructions are in Japanese. I had to research how to use it and eventually asked a friend who was kind enough to give me step by step instructions. It’s easy to use, but I feel a slight paranoia that I might end up winding the film and wasting it. You can also see how much shots are left.

Unless you’re taking film photography as a serious hobby, the Fujifilm Ace Disposable Camera is great for you. If you just want to dabble in it and see the fun, it’s a cheap camera that you can use to practice on.

I don’t think I prefer film cameras over my phone or a digital camera, simply because I like to be able to see right away how my photos turn out and make the necessary adjustments right away. I still have about five of these that I’m going to use in my future trips. I enjoy the experience, just mindfully taking photos and the waiting to see how they turn out. It’s a little more expensive to get it developed now compared to before, and I had to look for a film store. For something fun, I will definitely use it more, but to make it a hobby and invest in, I’ll pass.

Always with a headband on. View all posts by Hedda

4 thoughts on “Singapore on Film”